Home / Crops / Have you thought about a cover crop? 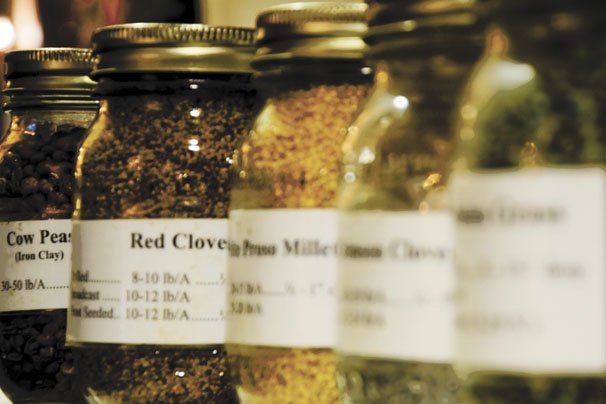 Have you thought about a cover crop?

We get calls most summers about growing cover crops in Ohio after winter wheat. Often in the past couple of years the calls have related to producing nitrogen after wheat for the next crop — usually corn. The short answer is that we have difficulty in Ohio, with our short season after wheat harvest, in growing that perfect cover crop. When my grandfather had a four- to five-year rotation that included two years of clover, then yes you could grow some nitrogen for corn. With our short rotations of corn, soybean then maybe wheat and the income demands of cash rent farming, it is difficult to allow any cover crop to grow for more than a few months.

The search is for that perfect crop that provides great cover, is cheap and easy to establish and provides a benefit. I worked with winter peas over several years and have found that it an easy crop to establish, it is relatively cheap to plant and it does grow some nitrogen. The problem is that with the shortened season after wheat harvest, we just don’t have enough time to create large amounts of N. I have experimented with planting dates and have learned that I can even plant the peas as late as late September (for example after early harvested soybeans) and get them to survive the winter. Winter peas planted any earlier, such as in July or August, will die out when the winter sets in due to the succulent growth of the plant. So we have a dilemma — plant early to make good summer growth or plant late to survive the winter. It turns out, from my perspective, that neither will provide significant nitrogen to the next corn crop. What we do get from the summer planted peas is a very good ground cover, making excellent protection for no-till plantings, and producing enough nitrogen to overcome the rotation requirement for higher amounts of applied N after wheat versus soybeans.

Other notes for consideration of winter peas:

Another great cover crop for Ohio is oats. The Forages and Beef Teams of OSU Extension have done research work with summer planted oats after wheat to create fall and early winter forage for livestock, and in many years have demonstrated that you can even get a hay crop off the oats.

To quote here from some of their remarks on oats in a Beef Team newsletter: Optimum planting date for oats from the perspective of yield is not until the first of August. Early August plantings also have resulted in the highest total amount of TDN produced per acre. Later plantings will be slightly higher in quality, but typically not enough so to offset the yield advantage of an Aug. 1 planting. While being more conducive to a mechanical harvest in early Fall, planting in early to mid July reduces both yield and quality. The earlier oat plantings also have exhibited more susceptibility to rust: https://u.osu.edu/beef/2015/07/08/oats-an-annual-forage-to-consider/.