While some growers in the northern part of the State were able to begin planting due to warmer weather, most growers throughout the rest of the State continued to delay planting as their fields were too wet for planting activities, according to Cheryl Turner, Ohio State Statistician of the USDA’s National Agricultural Statistics Service. There were 2.8 day suitable for fieldwork for the week ending May 22nd. While corn and soybean planting progress moved somewhat, both are behind the five year averages. There were frosts early in the week, which raised concern about damage to wheat, fruit, and vegetables, as well as the emerged early planted corn and soybeans. Emerged corn is looking yellow and stressed, and some will need to be replanted if the weather cooperates. Hay fields were being chopped across the state, though much of it for haylage, as conditions made it too difficult for dry hay baling. Other activities included tillage, spraying, and fertilizer application. 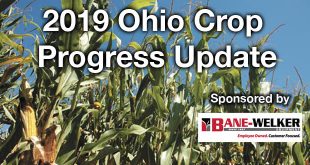 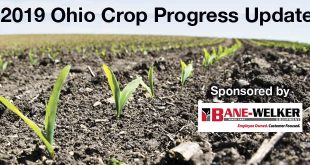 This Ohio crop progress update from USDA-NASS sponsored by Bane-Welker Equipment. Many fields were still …