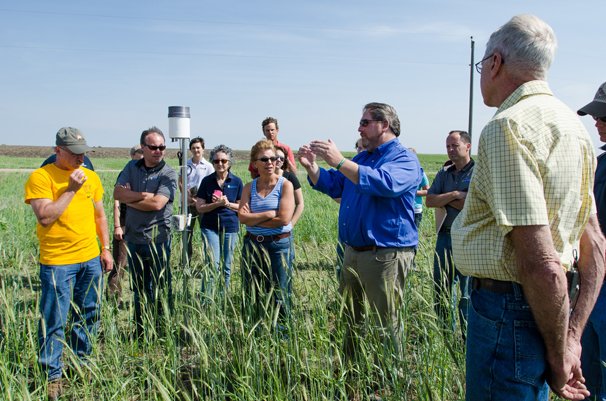 In the land of deep topsoil and row-crops from horizon to horizon, water battles are being waged that share similarities and some real differences with other parts of the country. In this final story of a series focused on water quality challenges and solutions around the country, the focus is on Iowa.

That important ratio is likely one reason why Iowa has thus far taken a decidedly voluntary approach to dealing with water quality issues in the heart of the nation when compared to the high level of mandates in California and the Chesapeake Bay water quality improvement measures. Ohio’s mandate levels are somewhere in the middle.

That does not mean that there are no efforts to change things in Iowa. One of the most discussed examples happened last year when the Des Moines Water Works filed a lawsuit against Buena Vista, Calhoun and Sac County Boards of Supervisors in their roles as governing authorities for 10 drainage districts over nitrates in the water.

“We are disappointed a public utility would choose to do this. I think we would prefer to work in partnership and collaboration with downstream interests. We are concerned about the precedent the lawsuit makes in terms of creating this antagonism. It has generated a lot more conversation, however,” said Roger Wolf, director of Environmental Programs and Services at the Iowa Soybean Association. “They have a nitrate removal plant in Des Moines and they are trying to make the case that the upstream community should be more accountable for the nitrate levels in the water. Des Moines Water Works will probably need to make some infrastructure upgrades over time. The reality is that the scope and scale of moving the needle in the river basin in terms of nitrates is enormous. It may be in the neighborhood $500 or $600 million to treat the problem in the basin compared with $1 million to treat the water downstream.”

The agricultural community in Iowa, and around the country, will be closely watching this lawsuit as it unfolds in the coming months. But, for now, Iowa agriculture has firmly embraced a voluntary effort to address water quality issues including very aggressive phosphorus and nitrogen reduction goals.

“The biggest issue right now in Iowa related to water quality is a focus on our state Nutrient Reduction Strategy — it addresses the Gulf of Mexico Hypoxia Plan. We border the Mississippi River and these new nutrient strategies are going to be where the action is for the foreseeable future with nutrient and water quality issues,” Wolf said. “Nitrogen is the bigger issue with hypoxia but we address nitrogen and phosphorus in the strategy. It is unique in that it put things in the perspective of both point source and nonpoint source and each type of stakeholder class has a dedicated set of actions where they are working for a combined 45% reduction of N and 45% reduction in P leaving the state of Iowa. Those are very aggressive numbers, but they parallel what the hypoxia plan is calling for.

“It is a voluntary effort and it links to existing rules. Iowa did not pass a special law for this. It brings to bear some of the best evidence-based science we have from land grant universities on the performance of various strategies to do nutrient reduction in the landscape. It really aligns all of the agencies and partners to work in collaboration, which are features we think are very important.”

“As we have launched this strategy, the state has provided money to start demonstrating technology. Right now we have 32 demonstration sites that are project areas based by watershed that support active implementation of technologies,” Wolf said. “Now we are beginning to implement the strategy and raise awareness of farmers so they can learn that these things can be an important aspect of their operation. These are on-the-ground projects where farmers can learn about experimenting with these things and look at on-farm research.”

In addition, the Iowa Soybean Association operates a state-wide water-monitoring program to assess the impacts of land use decisions.

“At ISA we are unique in that we have a water quality testing lab in house. The monitoring really helps us target key areas and gives farmers a good idea of the kind of nutrient levels coming out of tile lines. In some cases we find good opportunities to improve,” Wolf said. “I am part of the ISA research program with 25 staff working on crop production issues related to making sure we maintain productivity of crops, looking at the impacts of the business of raising crops, and then the impacts all of these things have on our natural resources. We bring a lot of data collection into this to help farmers make better decisions. There is a lot of learning taking place with farmers looking at how to fit these practices into their operations.”

There has been good initial progress, Wolf feels, but the next steps are going to require significant funding. Iowa Gov. Terry Branstad has proposed a sales tax extension to generate $4.7 billion in funding for water quality improvements. The House and Senate in Iowa have considered other fund raising methods for this issue but all state legislative efforts, thus far, have failed to materialize.

“The state department of agriculture provided $9.6 million last year for demonstration projects and farmers enrolling their land in conservation practices. We tried to leverage that funding with federal funding sources as well,” Wolf said. “Planting cover crops can cost $25 or $30 an acre. With low market prices, there is more than a little concern about how that practice can be paid for. Cost-share and financial assistance are going to be very important. We need dedicated and substantial financial support because we are talking about 26 million acres of corn and soybeans in Iowa.” 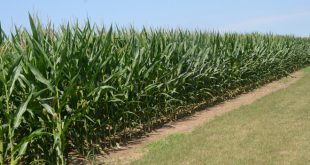 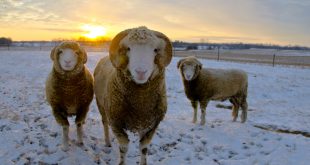