Home / Livestock / Cattle producers getting a market rally for Christmas

Cattle producers getting a market rally for Christmas

You might have seen a picture floating around the internet with a cattle producer asking Santa for market prices to make a comeback this year and it looks as though jolly old St. Nick might have come through.

According to USDA’s cattle-on-feed numbers last week, there was an 11% drop on cattle placement numbers compared to a year ago. That has provided some support in the cattle markets this week but the reason for the decline may make the new numbers deceiving.

“These figures may imply that some cattle may have simply stayed out of feedlots and remained on grass or winter wheat pastures,” said Shayle Shagam, USDA livestock analyst. “Those cattle may be coming in to feedlots later which will put the pressure back on the more distance contracts.”

The livestock markets have been put through the wringer lately and fed steers have recently averaged about $116 per hundredweight.

“That, of course, causes very significant losses for cattle feeders,” Shagam said. “Just six months earlier those feeders paid about $220 for feeder calves and are now reporting losses of upwards of $500 a head.”

Producers are trying to hold off on buying feeder cattle at the moment, but as long as there is plenty of forage, cow-calf operators are content to hold on to the cattle they have.

Late last week as the new USDA data was released, word also spread that Congress was quickly moving an omnibus spending bill through that included the repeal of COOL, or Country of Origin Labeling. This move added to the positive news for the livestock sector, as doing away with COOL would fend off retaliatory tariffs threatened by Canada and Mexico.

“COOL and the cattle-on-feed numbers, together, should give us the ability to rally back $15 to $20 a hundredweight on prices,” said Mike Zuzolo from Global Commodity Analytics. “COOL represented lost export demand to Mexico and increased competition from Canada in terms of beef.

“Even though you can argue the placements of these latest cattle-on-feed figures, the latest report is below year-ago levels and I think that is a very healthy sign and should give the market pause to want to put more pressure on the supply side bearishness.”

A wide futures market swing like the one taking place this week is something seldom seem with the slow pace of the holiday season and Zuzolo doesn’t see much happening on the cash side of things until the calendar turns.

“If we start to see a positive reaction in box beef prices, then I think your February fat cattle should be able to get to the $135 to $136 level in the middle of January and maybe push $140 before it expires,” Zuzolo said.

Dressed weights are 25 to 30 pounds more, year-to-date, which shows how well feed grain prices are holding up their end of the bargain. That sways the supply side sentiment to a little more positive from neutral. The demand side of the equation has a different feel.

Zuzolo says that is the factor that will put a cap on the cattle market in the near term, until demand improves on the export front. 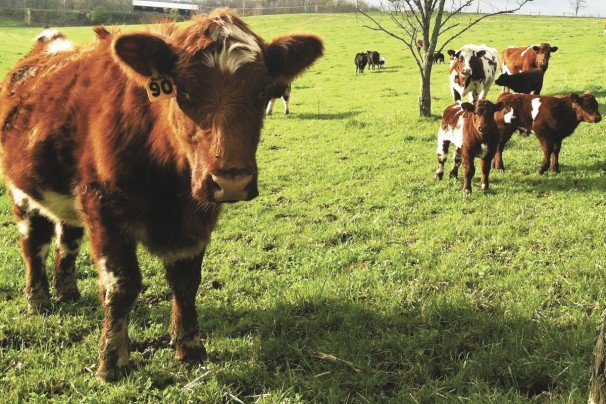