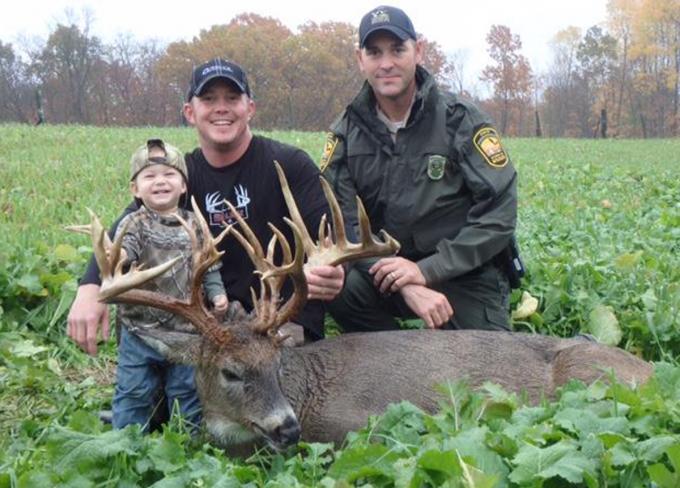 We all have that buddy that says they saw the biggest buck ever. For all we know all that guy probably saw in the woods on a crisp, fall early morning was the backs of his eyelids.

But for Junction City, Ohio hunter Dan Coffman, this picture is all the proof he needs!

According to FieldAndStream.com, Coffman reportedly harvested one of the largest whitetail deer ever taken by a hunter, which has inadvertently launched a social-media firestorm that has people questioning the deer’s authenticity.

It’s believed that Coffman was hunting in Fairfield County the evening he shot the deer, on October 27th. Rumors about the size and legitimacy of the buck are already scattered across the Internet.

Find out more about it here and good luck topping this one this year. Chances are he’ll walk by while you’re napping.