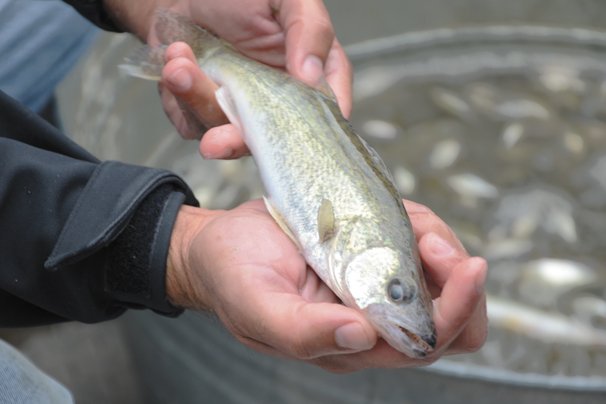 In place of today’s fertile farm fields of northwest Ohio, there was once a giant swamp. European settlers in the area conquered the dismal swamp with drainage and transformed it into extremely productive land. This was a tremendous triumph, but it also dramatically altered the ecology of the Lake Erie coastline.

“The Lake Erie coastline used to be the Great Black Swamp and that protected species and added diversity,” said Tory Gabriel, Ohio State University Extension program leader and fisheries educator. “We took away a lot of wetlands that were the natural ecosystems the native fish species in Lake Erie are adapted to for nursery habitat. Wetlands offer more places to hide and shallower, warmer water that means more food and more protection. Wetlands also act like a sink for phosphorus. The P gets used in wetlands by the vegetation that soaks it up before it even has a chance to get to the lake. The more vegetation you can grow the less P you have going into the water. There are always things growing in the wetland to remove it.”

While no one can deny the importance of agricultural production in the area, there are efforts to restore some of the wetland habitat in order to regain the benefits of the former swamp. One such project is known as the Blausey wetland. It was created from a former agricultural field in Ottawa County along the Toussaint River.

“The wetland was an old farm field and after it filled up the next spring we were already finding adult spawning largemouth bass, crappies, bluegills, bow fin and gar,” Gabriel said.  “New those wetlands provide the habitat for lots of native species.”

The Blausey wetland project was a component of a larger effort to restore 512 acres of wetlands and uplands on Ottawa Wildlife Refuge property. The Nature Conservancy, Ducks Unlimited, and U.S. Fish and Wildlife Service collaborated on the project, funded by the National Oceanic and Atmospheric Administration through the Great Lakes Restoration Initiative. The project extended from July 2011 through June 2014. The four main components included:

1)    Creating 100 acres of new emergent marsh and restoring water management capabilities to 48 acres of existing wetlands at the Blausey tract.

4)    Restoring water management capabilities to 96 acres of wetland and reforesting 35 acres of bottomland forest at the Moist Soil Unit 2, Farm Unit 10, and near the Visitor’s Center. The former two were in row crops at least five years prior to restoration.

“These sites were selected because of their potential to provide valuable habitat to wildlife and in many cases, ability to receive — and thus filter and improve — water from agricultural ditches. The Toussaint River watershed is highly agricultural, and the project partners recognize the need to restore wildlife habitat and improve watershed conditions further upstream to reduce the stresses placed on coastal wetlands. Northwest Ohio also provides critical migratory bird habitat and provides fish important to coastal wetland health and economies,” said Jennifer Thieme, Conservation Project Coordinator for The Nature Conservancy. “The new 100-acre wetland on the Blausey tract was created by raising earthen levees around the unit and installing a pump between the wetland and an adjacent agricultural ditch. It was about a three-year process. Over a year of that was the design and permitting and prepping. The construction can typically happen in about six months.”

The pump allows for water to be drawn into the wetland from both upstream (which is primarily water from drained farmland) and downstream near Lake Erie. In addition, a two-bay box culvert structure was installed within the levee between the wetland and the adjacent Toussaint River.

One of the more unique features of the Blausey wetland is a “fish ladder” that is a series of large pools that spill into each other with continuous flow that always allows fish entry into and exit from the wetlands.

“A fish ladder is housed within one of the bays. This was the first of its kind installed in the Lake Erie coastal zone,” she said. “The fish ladder was designed by Ducks Unlimited to function appropriately for Great Lakes fish species. Unlike salmon, which frequently jump up ladders within stream restorations, the fish in the Toussaint River do not jump over large obstacles. Fish can swim up this continuous flow much like they would navigate upstream through pools and riffles. The ladder entrance is equipped with a carp grate, which is lowered during times when carp are spawning. Its bars are approximately two inches apart, allowing passage of desirable native fish while excluding spawning carp. Carp compete for habitat with the game fish and are the primary concern.”

Additional features of the Blausey wetland design include a heterogeneous bottom and a peninsula to direct water flow.

“The heterogeneous bottom includes areas of higher and lower elevation to ensure a variety of plants and microhabitats can develop. This mimics a natural wetland and allows areas in which young fish can hide from predators,” she said. “A peninsula extends into the unit from the pump, and directs water from the ag ditch across to the wetland. This is intended to slow the flow of water, increase its retention time, and ultimately allow the maximum amount of nutrients and sediments to settle out within the wetland prior to the water entering the Toussaint River.”

In follow-up examination of the Blausey wetland, it is accomplishing its intended goals.

“The Blausey wetland provides habitat for over 125 species of birds and 24 species of fish,” Thieme said. “Sport fish — black crappie, bluegill, largemouth bass, yellow perch — comprised 13% of captures, suggesting this wetland can promote the production of these important fish.”

Numerous bird species of conservation concern, including the American black duck, blue-winged teal, Wilson’s snipe, and the American woodcock, are showing up in the Blausey wetland as well.

“This area is critically important for stopover habitat for migrating birds,” she said. “They have been recording more than 120 species each year since it has been restored.”

With partners, The Nature Conservancy has completed three major restoration projects in western Lake Erie coastal region since 2010, is currently involved in six projects, and is working to line up at least three more in the near future. Over 1,600 acres have been restored on completed projects and 4,000 are currently under restoration. Funding for most of these projects come from the Great Lakes Restoration Initiative, Thieme said. 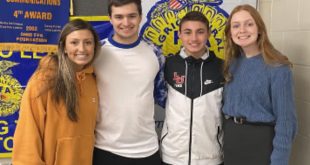 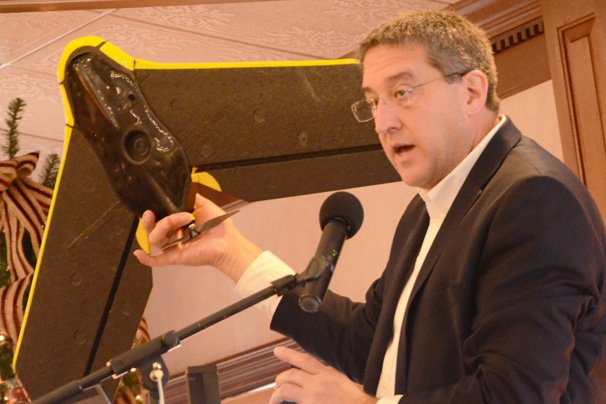