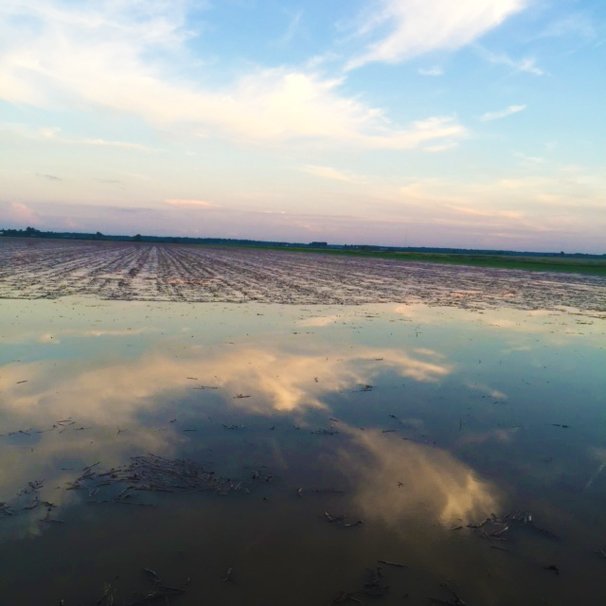 While extended periods of wet weather are not uncommon in Ohio, the magnitude and duration of the flooding problems early in the 2015 will define the growing season for some farms. The problem of flooding has been particularly severe in northwest Ohio — some areas have never really dried out all spring.

“It has been a really trying spring. After talking to some guys from insurance companies in Defiance County, it looks like we are sitting at really close to 100,000 non-planted acres there. Then we just got five plus inches of rain and things were wet before that,” said Joe Nester, with Nester Ag based in northwest Ohio in late June. “We have some really serious crop conditions in the whole northwest corner of the state. Northeast Indiana is in the same boat at northwest Ohio. We have some serious root problems with our corn crop. With beans we have had a disease environment for 40 days now. In 38 years in working with agriculture in this state, these are some of the toughest conditions I have seen.”

June set rainfall records in some parts of Ohio, though some areas remained dry until around the middle of the month. Widespread heavy rains brought most fieldwork to a halt in Ohio in the week ending June 22 according to the U.S. Department of Agriculture crop progress report. After already being well beyond waterlogged and just starting to recover from previous flooding, parts of northwest Ohio were hit by another six inches of rain during the week ending June 28.

In the northwest Ohio fields where crops were planted, but not outright killed or washed away, conditions deteriorated quickly.

“Even if you got the crop planted it has taken such punishment from this rain,” Nester said. “If you got nitrogen on, it is in question now with the corn crop. Lots of places didn’t get the nitrogen on and those crops are hurting too. We have weeds that Mother Nature is growing that are doing far better than the beans and corn but guys can’t get in to spray. Hopefully guys have crop insurance they can fall back on. It doesn’t look good.”

Once the floodwaters recede, measures will have to be taken to minimize the damage that has been done.

“We have got to do something for these non-planted acres and then we also have a lot of areas that were planted but are going to be lost from flood damage,” Nester said. “We need a recovery system for those fields to tie up the nutrients.”

Planting cover crops could be a solution to help preserve healthy soil in fields and address other challenges in fields that have been wiped out this year because of flooding, Nester said.

“These ‘prevented planting’ acres, while unfortunate for this year’s production, should be managed in ways to prevent further soil degradation and to increase soil productivity for next year,” the authors write. “Cover crops are an excellent option for producers to consider for protecting their soil and increasing productive capacity for succeeding years.”

Excessive rainfall can break down soil aggregates, especially near the surface, Kladivko and Fisher said. Flooding and erosion can wash away nutrients and topsoil. When fields dry out, the remaining soil is baked to a hard crust that is susceptible to further erosion by wind and rain.

In fields that are tilled to control weeds, soil nutrients can be lost through leaching.

“To rebuild productive capacity and improve soil health, growing a cover crop for the remainder of the season is crucial,” the authors said. “In fact, having something green and growing during the non-frozen times of the year is a key concept for improving soil health, decreasing nitrate leaching to drainage waters and improving water quality.”

Cover crops can improve soil structure and biological activity in topsoil that may have been lost in flooded conditions. Cover crops can also increase soil permeability and decrease compaction while building soil nitrogen, helping to control weeds and hold nutrients as well.