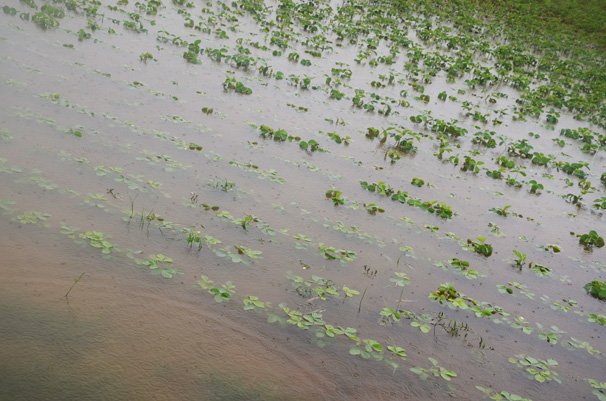 Today’s report sent shock waves to the bear. Both corn and soybean stocks were bullish and below the average trade estimate. Two weeks ago the bears thought they were in control and more downside ahead. But, Mother Nature again proved who is boss. This was a market that seemed dead two weeks ago. It just goes to show how quickly things can change. Corn stocks were 108 million bushels below expected, soybean stocks 45 million bushels below expected.

Shortly after the report came out, a customer asked what the grain limits currently are.  Corn is 30 cents, soybeans 70 cents, with wheat at 40 cents.

Just prior to the report corn and soybeans were down one cent, with wheat down four cents.  At 12:40 corn is up 22 cents, soybeans up 44 cents, and wheat is up 13 cents. We have heard there was a tremendous amount of old corn that was sold last week. One report said that some grain facilities had their biggest day of buying old corn since last fall’s harvest. Other reports indicated that last week was a record volume in buying grain from producers. It is estimated that the U.S. farmer at this date has sold 80% of 2014 corn and 90% of 2014 soybeans.

This report day has captured plenty of attention the past two weeks. Much has been made about soybean acres not getting planted across the Midwest. Three weeks ago the states of Arkansas, Kansas, Missouri, and Nebraska were the states with the biggest amount of soybeans yet to plant. Fast forward to today, there are still five million acres of soybeans not planted in the US. Missouri is by far the biggest state of those four detailed above. Traders are looking for soybean acres to be 85.2 million acres, up from the March intentions at 84.6 million acres. The market will quickly dismiss the acres numbers for soybeans, especially given the weather of the past three weeks.

The USDA survey was done late May and early June, before all of the prolonged and frequent rains took place. USDA will not attempt to adjust those numbers with this report today. It is very likely that soybean acres will again have a survey, most likely for the August 12 USDA supply and demand report. However, do not look for all U.S. acres to have another survey done.  Reports we hear are suggesting that the wettest three states would be done for the resurvey. Nothing is official yet, but it would seem those states would be Missouri, Illinois, and Indiana.

Wheat has seen a huge rally this past week, up about 80 cents. Harvest has begun in central and southern Ohio. Yields are ranging from high 60’s to nearly 90 bushels per acre. The forecast has rain chances for the next week.  The northern half has yet to get into wheat fields in a big way. We heard Williams county had six inches of rain.  It might be two weeks before harvest is fully underway if the rains take place this week. We are hearing central Ohio grain facilities quickly moving to two wheat discount schedules, one for milling quality, the other for feed quality.

The acres numbers are quickly being dismissed. Weather returns to be the dominant feature. Hang on, we are in a full blown weather market. And, a wet weather one at that.