With many soybean fields across Ohio already dealing with wet soils from earlier rains, the flooding impact from the remnants of Tropical Storm Bill could leave some growers with diseased crops or facing yield loss.

In fact, if soybean crops at the V2-V3 growth stage are flooded for three days, growers could face a 20% yield loss, said Laura Lindsey, a field crops expert in the College of Food, Agricultural, and Environmental Sciences at The Ohio State University.

Growers with soybean fields flooded for six days could stand to lose up to 93% of their crops’ yield potential, said Lindsey, a soybean and small grains specialist with Ohio State University Extension.

“Things are a little bit scary for growers right now,” she said. “The continued rain falling on already saturated soils across the northern and west-central part of the state is going to be tough on soybeans.

“Based on OSU studies of flooding’s impact, soybeans at the V2 and V3 growth stage flooded for six days or more could wipe out an entire crop.”

Statewide, for the week that ended June 14, soybeans are 95% planted and 87% emerged, according to the May 26 U.S. Department of Agriculture crop progress report. That compares to soybeans at 92% planted at the same time last year, with 78% emerged during that same period, the USDA said.

“Widespread heavy rains last week brought most fieldwork to a halt in Ohio,” the federal agency said in a statement. “Heavy rains through the state have brought many concerns for producers.

“Ponding has occurred in low-lying areas, drowning out crops and favoring disease. The muddy, wet fields have prevented producers from being able to spray and fertilize at ideal times causing concerns over disease, pest and weed pressure.”

Temperatures 80 degrees and higher will cause submerged soybeans for 24 to 48 hours to likely die, Lindsey said. But cool, cloudy days and clear nights increase the survival potential of a flooded soybean crop, she said.

“And if the waters recede quickly and the plants receive some light rain, they can recover, but will probably still experience some yield loss,” Lindsey said.

Other issues soybean growers can face as a result of flooding include:

• Poor nodulation: Soybean roots have nodules on them that capture nitrogen that aid in the plant’s growth. Wet soils reduce nodulation and can result in yellow, stunted soybeans.

• Disease: Flooded and saturated soil creates optimum conditions for water molds that are common across the state. Soybeans will have brown roots, sometimes with dark brown lesions on the roots, and the tissue can be brown to tan.

Lindsey said that growers will have to wait for the water to recede and the fields to dry to get an idea of how the soybeans have fared.

“A wait-and-see approach is the option for growers now,” she said. “The potential for damage is also dependent on the soil type and drainage the field has, with well-drained soils lessening the potential impact of the weather.”

Some growers may be faced with deciding if they need to replant, although it is getting late in the season for replanting, Lindsey said.

“With high costs associated with replanting, most growers should carefully weigh all options before deciding to replant,” she said. “Growers have to weigh if the percentage of yield loss from the flooding will be greater than the potential yield loss associated with late planting.

“Soybeans planted during the first week of July in west-central Ohio have resulted in a 30 to 40% yield reduction compared to soybeans planted early to mid-May.” 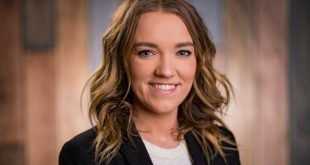