Home / Crops / Not many surprises in this month’s USDA report 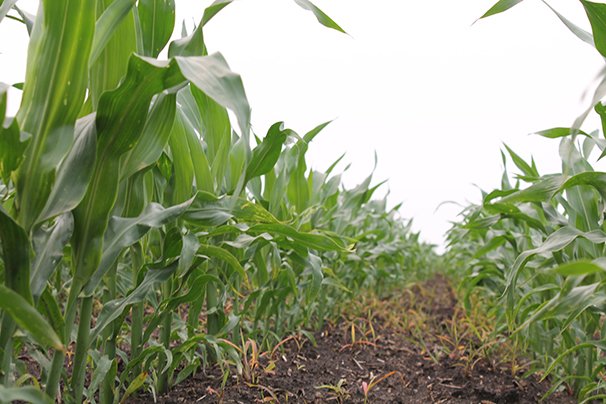 Not many surprises in this month’s USDA report

Prior to the report release corn and soybeans were down 3 cents, with wheat down 11 cents.  At 12:20 pm corn was down 4 cents, soybeans down 1 cent, and wheat down 12 cents. Corn usage was cut 25 million bushels in the ethanol column. Corn for ethanol now stands at 5.175 billion bushels.

U.S. wheat ending stocks went up 21 million bushels to 814 million bushels. The U.S. yield was increased to 44.2 bushels per acre, up from 43.5 bushels last month.

Weather has been a dominant feature the last two weeks for grains. It has been too wet in some of the US wheat areas, particularly in the southeast United State. Conversely, it has been too dry in Canada, Europe, Russia, India, and Australia. That combination has been a big reason for the wheat rally that has taken place so far in June.

Wheat prices earlier today were at a two-month high. There are big concerns that the hard red winter wheat crop has quality concerns with wet conditions in the west. Wet areas in the western Midwest account for ideas that corn acres could be down slightly from USDA’s earlier projections. In addition, many think that soybean acres will be increasing 1-2 million acres from their March 31 planting intentions report.  USDA most likely will not be revising corn or soybean acres with this report. They did not, no surprise there. They will be releasing another big report this month on June 30 that will detail acres and grain stocks in the United States as of June 1. Producers were mailed surveys earlier this month to detail grain stocks and acres.

Planting has wrapped up for the most part in Ohio. The planting progress report earlier this week put U.S. soybeans planted at 79%, this was less than traders had expected.  That low planting progress has accounted for part of the soybean rally this week. The first soybean crop condition report was out on Monday with the good and excellent totals at 69%. This was below trade expectations. Last Friday, July CBOT soybeans closed at $9.17. Earlier this morning they reached $9.5775 and ran into selling ahead of the report. Wet weather and planting delays are the keys for soybean prices this week. Arkansas, Kansas, Missouri, and Nebraska are the states with the biggest amount of soybeans yet to plant. They were expected to plant 18 million acres of soybeans this year. Yet, 8.5 million acres are not planted yet.  Normally they could get those acres planted with decent conditions. However, the 7-day forecast suggests those states could get anywhere from 2-6 inches of rain in that time frame.

Corn has made a near term bottom early in June with July CBOT corn at $3.4825 and December CBOT corn reaching $3.65. End users have been actively buying their near term corn needs the last three weeks. Basis levels for corn have been under pressure the last ten days as quite a bit of corn is moving to town. There still remains a record amount of corn on farm in producer’s bins. However, corn has been actively moving to grain facilities the past few weeks. Central Ohio basis levels have declined 5-8 cents at some facilities from their peak mid-May. Corn is going to be watching to see if heat and rain continues. Earlier this week the forecast for the Midwest had normal to above normal temperatures and rainfall. Lest no one forget, corn will also have one eye on wheat prices. If the recent rally for wheat cannot hold above the $5.10 for July CBOT wheat, declines could once again spill over into corn.

Weather will be dominant factor the next three weeks. The June 30 reports for acres and grain stocks have the potential to be huge price movers. The market is going to have a hard time moving and staying higher on just wet weather concerns we have seen the past week.