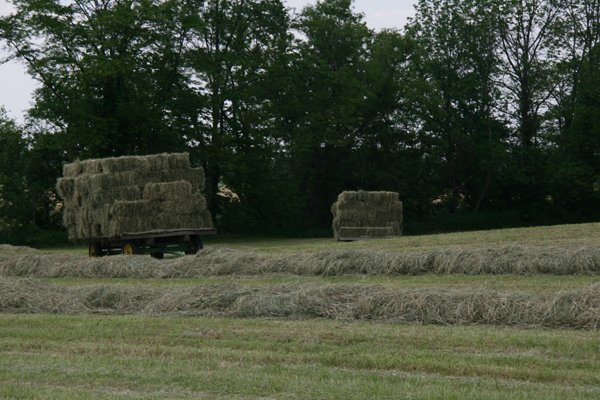 Hay farmers don’t need to visit a casino to gamble

No matter what crops they raise, all farmers are dependent on the weather to make a living. Planting and harvesting both have to be done in a timely manner within a fairly narrow period of time and sometimes Mother Nature doesn’t want to cooperate.

Unpredictable weather is a problem that all farmers face, but lately I have been feeling particularly sympathetic toward hay farmers. Rain can often be a blessing for farmers, but some of the recent rains have been a thorn in the side of some local hay farmers as they are constantly are faced with the gamble of whether or not the weather will stay dry enough to bale hay.

Just last week I was taking a drive through Knox County when I saw first hand several hay farmers that had gambled on no rain and lost. An unpredicted rain pounded down on their freshly mowed hay fields. We all have witnessed rain falling from the sky on days when no rain was predicted; normally that rain is only a slight inconvenience, but it was a pretty large problem for these farmers with mowed hay fields.

Hopefully this hay season will turn out to be a good one with more hay farmers winning rather than losing the battle with mother nature and her unpredictable rains.