Home / Crops / Agronomy Notebook / What did we learn from 2014 growing season?

What did we learn from 2014 growing season?

I asked several farmers and Seed Consultant Reps what new things they learned from 2014 growing season. I will be discussing some of those ideas in these articles for next three weeks. It is difficult to learn new things every year but each growing season either teaches us some new ideas or reinforces what we are already know and are using. Some of the things we learned this year are given below:

• Tiling pays big dividends in the long run. We had lot of rains during early spring and fields with drainage tile had a clear advantage in getting planted early. It also emphasizes the value of good drainage for growing corn.

• Early planting pays-off again. The fields which were planted earlier this year pollinated during the cooler weather and were harvested earlier. These fields generally yielded higher and had higher test weight as compared to the same hybrid planted later and harvested at higher moisture.

• Nitrogen Leaching hurt yields. Some fields received lots of rains early on. Growers who had applied most of their nitrogen in the fall or pre-plant in the spring were negatively affected. Fields with too much water showed signs of nitrogen leaching and symptoms of N-deficiency were obvious in many fields this year.

• Split N- applications – Advantages of splitting nitrogen applications were more obvious in 2014. Fields where most of the nitrogen was applied by side-dress did not show signs of nitrogen deficiency. For lean years, it is even more important to split your N- applications if you can. We have to make the most of every nutrient dollar we spend in 2015!  Read about more ideas from 2014 growing season in the next week’s E-Newsletter. 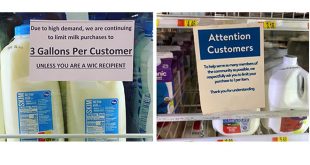