Home / Crops / Planting off to slow start in Brazil

Planting off to slow start in Brazil

Brazil’s soy planting is 10% complete for the 2014-15 crop, the slowest for this time of year since the 2008-09 season, local Brazilian consultancy AgRural said.

Planting advanced just three percentage points from the previous week after a long dry spell in many areas made the soil too dry to continue field work, and seeds that were already planted may have to be replanted.

“There are reports on the need for replanting in many regions, but producers say they will only know the size of the area when rains return, which should happen with more regularity in the last week of October,” AgRural said in a weekly bulletin.

Despite the dry weather and slow planting, analysts are maintaining their forecasts for a record soybean crop in Brazil of between 90 million and 98 million tonnes.

The dry spell is also breaking up, with rains reported over the weekend and Somar meteorologists said up to 50 millimeters of rain were expected to fall over the top soy state of Mato Grosso this week.

With an expected delay in harvest, Brazil will have few soybeans available for January shipment and farmers will have less time to plant a second crop of corn. 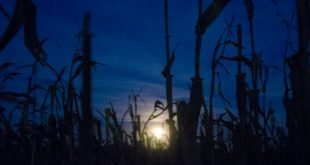 Will Brazil plant corn later than normal in 2020?

On March 11, farmers with the Ohio Corn & Wheat Growers Association embarked on a …