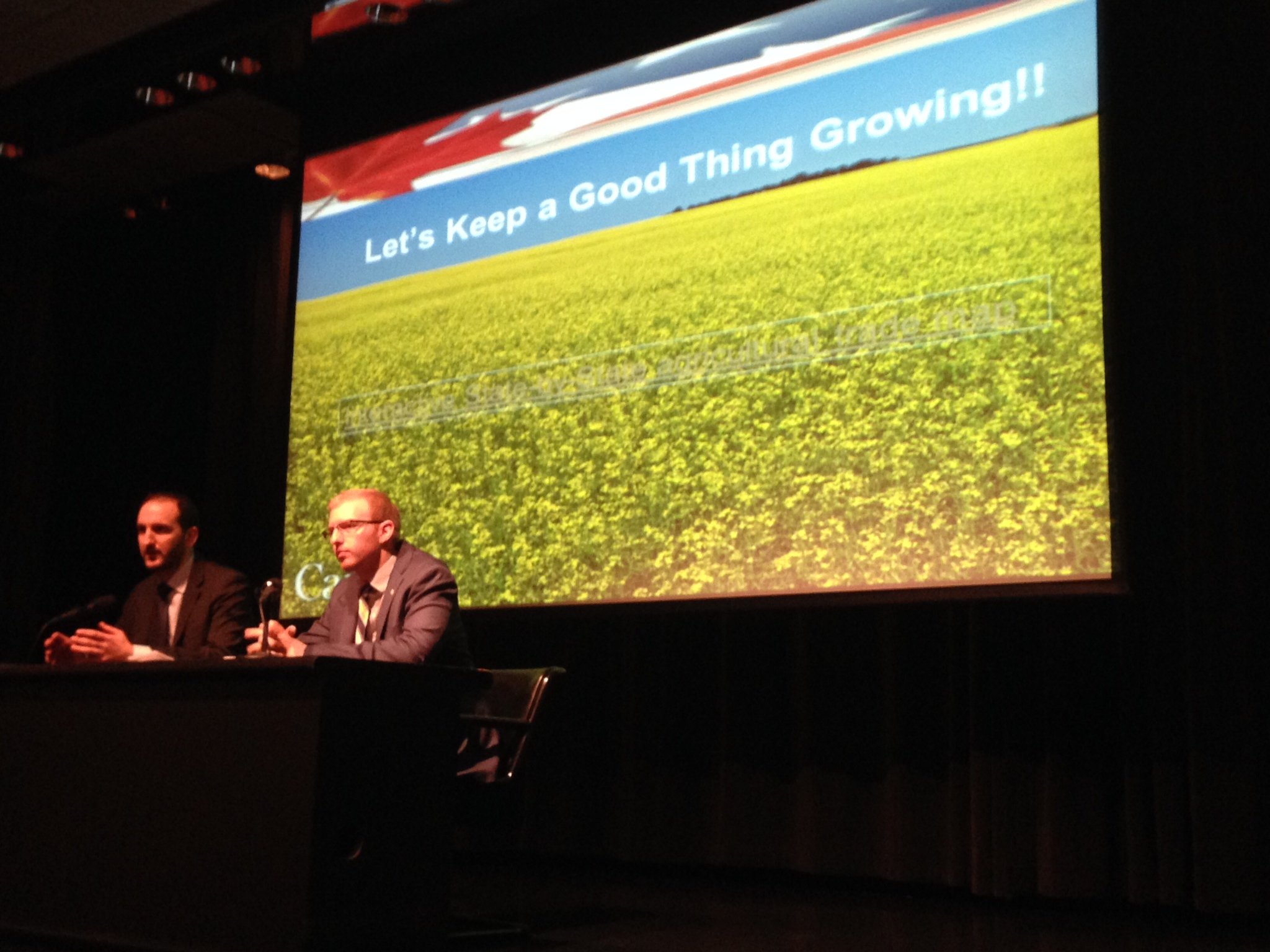 The trade connections between the Bucks and Canucks

It is no secret that agricultural trade has continually been a bright spot in America’s economy, even through the downturn our country has faced in recent years. Much of the trade pie is attributed with a solid relationship that the U.S. has with our neighbors to the north.

In 2012, for example, America and Canada swapped $41.7 billion in agriculture and agri-food products and that is just part of the two countries making up the largest bilateral trading relationship in the world.

What was even more impressive to me, as I learned about our partnership with Canada during a recent trip to the Canadian Embassy in Washington D.C., was how much of a role Ohio played in the process.

Ohio benefited from this strong relationship in 2012 by exporting $692 million in ag products to Canada, including the #1 product, animal and pet food at $100 million.

All of those figures add up to Canada being Ohio’s top export market as they received 39% of our agricultural goods, making a whopping 301,000 jobs in the Buckeye State dependent on trade with Canada.

In turn, Ohioans have many things to thank Canada for as we import $126 million of their canola oil, $99 million in pork, $78 million in non-durum wheat, $76 million in breads and pastries and $54 million in soups and broths.

There are many other items we enjoy from Canada as well. If it weren’t for Canada we wouldn’t have hockey, Tim Hortons, Alex Trebec and most important to many Ohioans, Reds slugger Joey Votto. Not everything from Canada can be so great…they also gave us Justin Bieber.