There are a few things that immediately pop into your mind when you think of a farm, and not too far down that list is a trusty farm dog. While dogs are an indispensible part of many farms, they also can add some great stories. Most farmers have a few good dog stories.

My in-laws have a Great Pyrenees named Joey to guard the sheep from the increasing coyote population in the area. For the most part, Joey does a great job with the sheep, but occasionally gets a bit over zealous in his efforts.

Just the other morning, my wife Kristin was out wandering the pastures in search of a missing lamb. It had wandered away from its mother just long enough for the massive, and well-meaning, white dog to pick up the little guy up and gingerly carry him off to the far corner of the pasture for safe keeping until he could locate the mother and reunite them. The dog was, of course, unsuccessful in this effort.

Joey faithfully led Kristin around to wherever the lamb wasn’t as she searched.

Though she finally found the lamb that had crawled under the electric fence, my wife was not pleased with the dog’s disappearing lamb act. She tried to explain the situation to the giant white dog. Joey just slobbered on her shoes, panting.

I also recently got to meet Justin, a black lab, who has a real talent for keeping cats and other critters out of the shop on his Fairfield County farm. Unfortunately, Justin recently chased a cat

through some sharp metal and cut his leg pretty severely. He got the cat, and some stitches. Justin had to wear one of those awful cones (which encouraged ample sympathy from all who encountered him) so he would leave the stiches alone. The stiches, though, were fairly short lived once Justin figured out how to pop the cone backwards with the help of a tractor tire.

And, even though Jeff Augustine does not initially look like a guy who would have a “spoiled rotten” little dog, looks can be deceiving. Jeff takes his little Jack Russell Terrier with him almost everywhere (except church). In fact, when Tiny is not close by his side, Jeff gets questions as to the dog’s whereabouts.

I stopped by for wheat harvest this summer on Jeff’s Hancock County farm and got to meet Tiny. My four-year-old son, who was with me, loves tractors and was very interested in the backhoe and hopper wagons at the shop, but the little dog stole the show. My son was instantly smitten with Tiny.

Jeff was quick to have the dog show off a little. He grabbed the large bag of candy suckers he keeps on hand in the shop at all times and got one for my son and one for Tiny. Tiny wrapped her little paws around that sucker stick and, with great zeal, rapidly chomped on the candy until it was gone. She ate it even faster than my son!

Tiny is 12 years old and she loves to ride with Jeff and watch for rabbits and other wildlife in the fields during harvest. She knows that critters are most prevalent at the ends of the fields, so while she sits and watches out the combine cab window through most of the field, she puts her feet up on the window at the field’s edge to get a better view.

“She likes the buddy seat too,” Jeff said.

She is a staple in the combine during the long harvest days in the fall, with few exceptions.

“After about four days when we are really hitting harvest hard, she will take a morning off and sleep in,” Jeff said. “I’ll come back and pick her up at noon.”

When baling hay, with an open cab in the summer months, Tiny takes a more active role in the field edge hunts. She caught a groundhog bigger than she was this summer. She spotted the beast from the tractor, jumped off and chased it down.

She is an even more effective hunter when any rat, mouse or cat enters her farm shop, where she finds a cool place in the shade in the summer and a bed by the wood stove in the winter. Tiny is in the shop, pickup or tractor by day and snuggled underneath the sheets snoring between Jeff and his wife by night — a spoiled farm dog indeed.

Dogs are more than just another animal on the farm, they often become much more, as these examples highlight. Their roles may have changed a bit from the agricultural days of yesteryear — I am guessing sucker crunching, bed sleeping, combine riding Jack Russell terriers were not all that common 50 years ago.

But, I would also guess that, almost as long as mankind has been growing food, mankind’s best friend has been around to lend some much-needed (and appreciated) canine assistance on the farm. 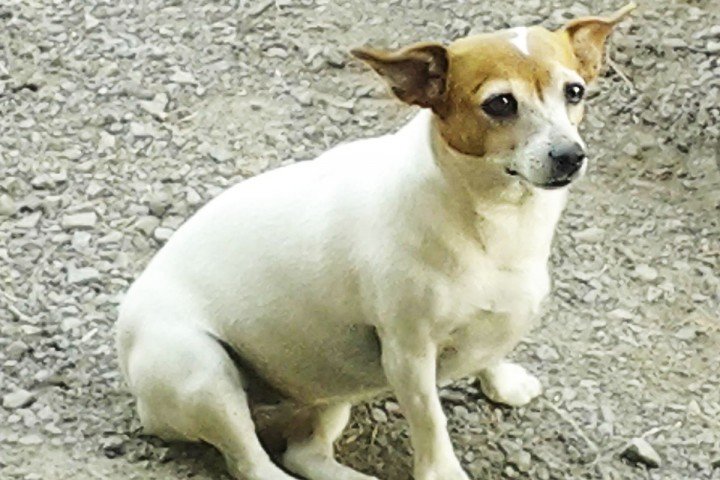