Home / Country Life / Hog showmanship pays off in the courtroom

Hog showmanship pays off in the courtroom

It’s been 35 years since I showed a hog at the county fair, yet the skills I learned from the show ring were some of the most important parts of my education. I use them all of the time as a lawyer. As a farmer, not so much. If I ever taught trail advocacy in law school (which is not going to happen), I would take several days and match students with pigs, then hold a showmanship contest. In the process, I would stress the following principles of showmanship.

• Be ready to enter the ring when the class starts.

• Keep your eye on the judge.

• Always present your hog in the best way possible.

• Don’t run between another showman and his animal.

• Be prepared to answer any questions the judge may ask about your pig.

• Do not stop showing your hog until the winner is named.

The interesting thing about showing a pig is that you can never fully control a hog like a calf or a sheep. There is no halter, only a cane. And that is the beauty of hog showmanship that makes it so relevant to the courtroom. The appearance of control is a difficult task to master but crucial when advocating. Typically, the attorney who controls the courtroom wins.

A case out of Ohio’s Tenth Appellate District is a great example of good lawyering by the defense. Minges v. Ohio Dept. of Agriculture, 2013-Ohio-1808, is also an agricultural case. It all began in 2011 at the Butler County Fair when the steer shown by Zach Minges won Grand Champion. All was well until a urine sample collected by the fair vet turned up positive for Flunixin. (I know this as Banamine; the court referred to it as Benamine.) It is a non-steroidal anti-inflammatory drug, analgesic and antipyretic used in horse, cattle and pigs. It is in the same class of drugs as Ibuprofen.

The presence of Benamine was an issue because Minges had signed two drug use notification forms indicating that the steer was free from any medication. The concern was likely that the steer had been treated with Benamine for lameness, an extra-label use of the drug. Furthermore, proper use of Benamine would require a 4-day slaughter withhold after treatment, as well as acknowledgment on the drug use notification form.

Once the drug was found in the animal’s urine sample, things got interesting. ODA proposed to disqualify the steer and require the forfeiture of the awards, prizes, premiums, or proceeds won at the fair. In the notice of opportunity, issued by the agency, ODA charged Minges with violating R.C. 910.74(A) and 901.76(A) as well as Ohio Adm.Code 901-19-04(C).

Both RC citations allow the Director of Agriculture to take disciplinary action against a person who has tampered with exhibited livestock. “Tampered” is defined as treating the livestock so that the food derived from the animal would be considered adulterated or administering any drug extra-label.

The notice of opportunity for hearing also alluded to Ohio Adm.Code 901-19-21 as an administrative rule implicated by the alleged actions. That rule permits the Director to discipline a person for any violation of R.C. 901.70 through R.C. 910.76 or any provision of Ohio Adm.Code Chapter 910-19.

Minges requested a hearing. At that hearing, ODA stated in its opening statement that it would not try to prove how Benamine got into the animal. ODA’s position seemed to be that Minges was strictly liable because a drug was present when the drug use notification form indicated no drugs were administered.

ODA presented the urine tests, as well as testimony about the presence of fluxinin rendering steer meat adulterated and extra label use of the drug for lameness.

Minges and his parents testified and denied administering flunixin to the steer None of the Mingeses had any idea how the steer became contaminated.

At the conclusion of the hearing, the hearing examiner expressed concern about the validity of ODA’s theory that it did not have to prove any action on the Mingeses’ part in order for the steer to be disqualified. This is quite interesting. My experience is that administrative hearings are usually quite favorable to the agency. ODA hires the examiner, and typically ODA wins the hearing without any such questions being raised.

Both parties submitted written closing arguments summarizing their positions and addressing the question raised by the examiner. ODA argued that the mere existence of the drug required disqualification of the animal and relied on Ohio Adm.Code 901-19-19(A). Minges argued that the statues and codes cited in the hearing notice required that ODA prove that Minges took some action to cause the drug to be present. ODA did not list Ohio Adm.Code 901-19-19(A) among the statutes and rules violated in the notice of opportunity for hearing. Thus, Minges argued the Director could not discipline him under that rule.

The hearing examiner found in favor of ODA. He found that Ohio Adm.Code 901-19-19(A) allowed him to find Minges violated 901.76 even though ODA failed to demonstrate that Minges tampered with the steer. He also held that the notice of opportunity for hearing provided Minges with sufficient notice of the statute and rules they had allegedly violated. The hearing examiner recommended that the Director issue a letter of reprimand.

The Director, in his order, adopted the hearing examiners’ findings of fact and conclusions of law, but overruled the recommended sanction. The Director disqualified the steer from the 2011 Butler County Fair and required the forfeiture of all awards, prizes, premiums or proceeds earned at the fair.

Minges promptly appealed the Director’s order to the trial court in Franklin County, Ohio. The trial court didn’t take so kindly to the ODA’s procedures. The trial court found that ODA had established the existence of the drug in the steer, but not that Minges had tempered with the steer or caused or permitted the drug to be administered. Only a violation of Ohio Adm.Code 901-19-19-(A) had been established. Since the hearing notice did not include that rule, the trial court reversed the ODA’s order.

ODA appealed to the tenth district court. Nearly two years after the steer was shown in Butler County, the appellate court agreed with the trial court and held that the hearing notice was invalid because Ohio Adm.Code 901-19-19(A) was not stipulated. In other words, Minges could not be punished for breaking a rule he was not charged with violating.

There is also interesting language in the appellate court decision about strict liability. Under the provisions Minges was charged with violating, ODA still has the burden of proving that Minges took some action that enabled or caused the drug to be present in the steer. 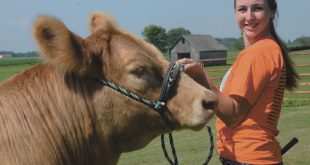 Showing at the Ohio State Fair is about the experience 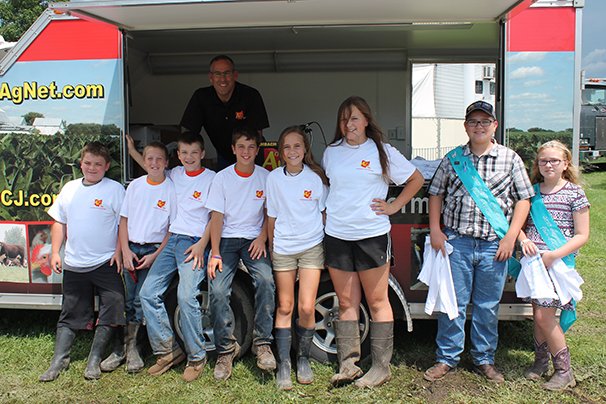 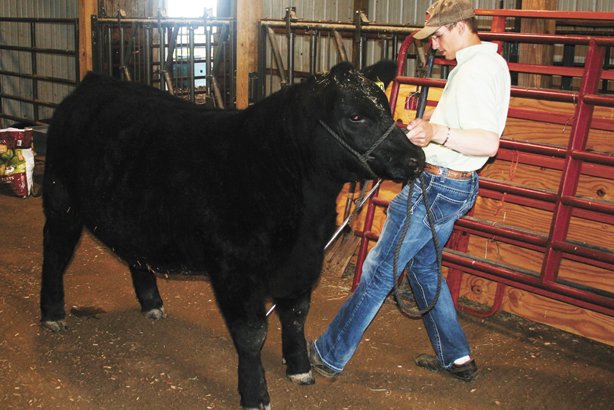 The first objective in reaching a goal is setting one. For many young people involved …