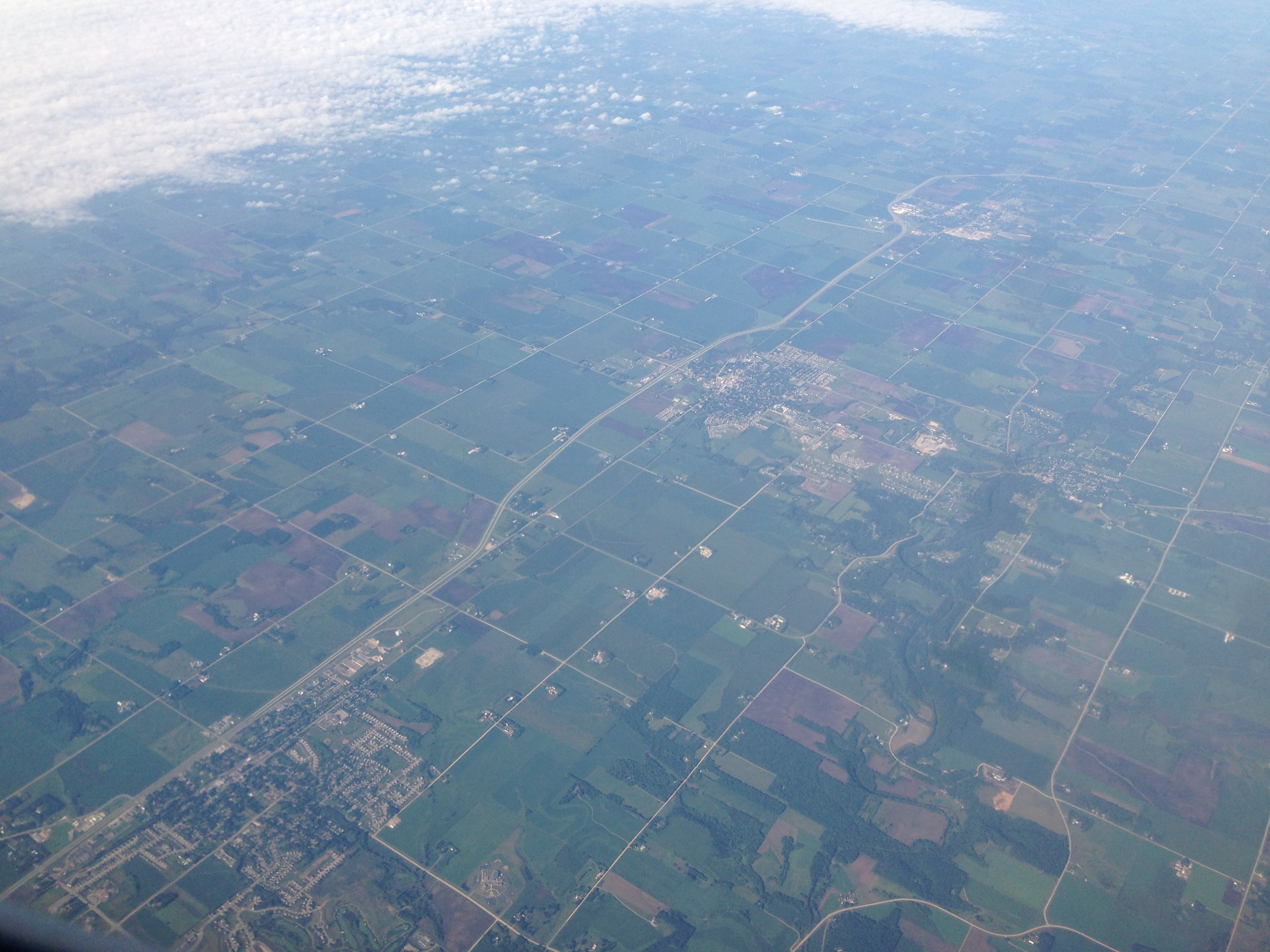 As many farmers know, what you see when you look at a corn and soybean field from the cab of the truck is most always never what is actually in the field. That’s why The Pro Farmer Crop Tour scouts go deep into the fields to see what is really out there in the major growing areas of the U.S. This year that effort may not have been enough. 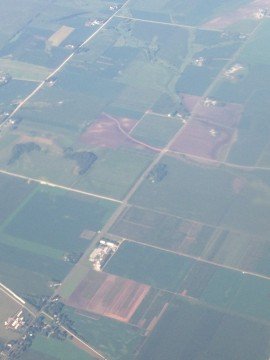 As I took part in the tour, I knew that some of the fields that we drove by, and even some that we sampled, quite possibly had holes where a farmer just couldn’t get in and left 25% unplanted for crop insurance purposes. As we drove through Iowa and Minnesota those acres really started to add up and from what I was told the worst of the barren fields were in areas I didn’t get to in south central Minnesota and northwest Iowa.

However on my way back home, a flight from Minneapolis to Chicago, the friendly skies revealed some unfriendly ground. 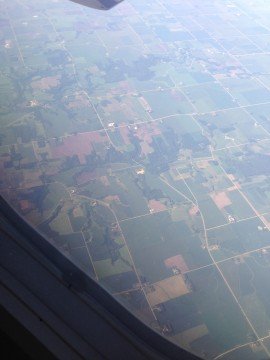 This “birds-eye” view really tells the story of a wet spring and way more brown fields than this part of the country has ever seen. As Chip Flory with Pro Farmer said Thursday night as the tour wrapped up, Minnesota and Iowa’s largest crops are corn, soybeans and nothing.

Here are the Pro Farmer 2013 corn and soybean crop estimates

These estimates are based on assumptions for normal weather through September, which would be about perfect for the crops. We took 1.8 million off of harvested acres for corn and 800,000 harvested acres off of soybeans to reflect the prevented plant acres in Iowa, Minnesota and North Dakota. It’s dicey estimating crops in a year with so many challenges. We have two opportunities to be wrong with our estimates — we’ve made adjustments to planted and harvested acreage and have issued state-by-state yield pegs.

The Ohio corn yield is predicted to be 168 bushels per acre. No question, Ohio was the best looking corn crop on the eastern leg. The question is how much of the yield potential can be maintained into harvest. The crop has more downside risk than upside potential due to dry conditions and the late maturity of the crop.

Ohio soybeans 48 bushels per acre. The state is expected to produce a good but not a great crop, though pod abortion is a risk if late-season rains fail to develop and temperatures heat up. The maturity of the crop was more advanced than many other states and beans were plump. For more results from around the country, visit www.agweb.com/pro_farmer_midwest_crop_tour.aspx. 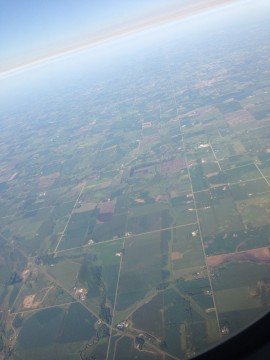 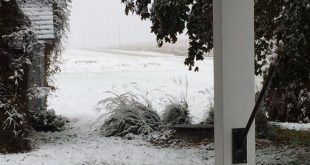 By Matt Reese Corn and soybean lodging, quality issues, and persistent moisture have plagued the …