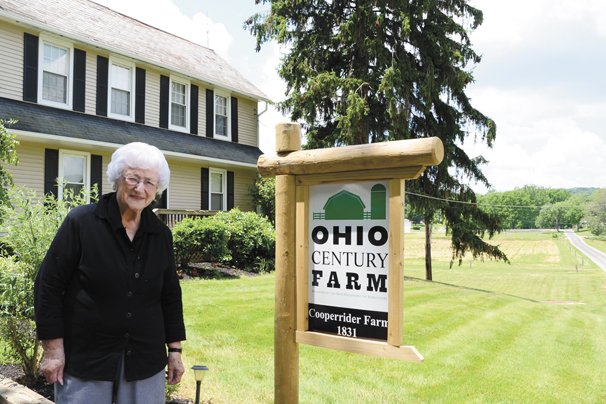 Thousands of years ago, the human inhabitants of what is now Perry County found a very special place on the top of a rocky hill. Now known as the Glenford Fort, the Native Americans used natural stone formations and some of their own ingenuity to form a roughly mile-long heart-shaped stone wall enclosing the 26-acre-hilltop.

In the middle of this fort is a stone mound that contained artifacts dating back to 270 B.C. from the late Adena culture. The overhanging stone ledges surrounding the fort were suitable for keeping out animals and enemies.

Today, portions of the impressive structure are still visible. The local historical society hosts an annual hike to and through the site for curious visitors. Hikers can stroll through the impressive passage bordered by stone walls on either side and gaze at the better-preserved parts of the fort that once housed an ancient culture.

Archeologists and history lovers alike appreciate the insights that the site can offer into the lives of people from so long ago, but there is also a rich modern history of this site on what is the Cooperrider

The property was in the Mechling family (which has a neighboring Ohio Century Farm) and was spilt off for the inheritance of Hannah Mechling when she married Peter Cooperrider in 1831. The couple had a general farm and built their lives in the shadow of the Glenford Fort.

Elizabeth taught school for many years, though she took time off to raise their children Carol and Dennis. She also worked quite a bit on the farm.

“We had a typical family farm with sheep, hogs, beef cattle, one dairy cow, and chickens. With my savings account from teaching, we built a building for chickens to lay eggs and that was my job. One year we had 2,000 chickens and that is almost a full time job for one person,” she said. “I’d gather eggs at 5:30 in the morning and we would gather them four times a day. We sold 75% of the eggs self serve out of the cooler and we sold the rest to the grocery store and to a couple of restaurants. I graded the eggs too. We had chicken from 1950 to 1975. After that, the biggest change is that we retired and rented the farm out.”

While Elizabeth was teaching, raising children, and serving in the Ohio Farm Bureau, Don was busy farming full time with the 160 acres in addition to another 66 acres of bottom ground.

“We grew quite a bit of hay, corn, and oats. He spent a lot of time with the cattle. I was scared to death of bulls, so we did artificial breeding with them. He didn’t like hogs and neither did I, but his dad thought we had to have two litters of hogs a year for the income. We used to have a butchering day the day after Thanksgiving. The women would come and we would cut up meat and it was fun. We would butcher the chickens in the summer. We raised 200 or 300 meat chickens and the neighbors always wanted me to save them some. We didn’t eat anything but the best and we didn’t sell anything we wouldn’t eat,” she said. “Hay making was one of our busiest times. In the spring of the year before school was out, the boys would tell me they wanted to come work with the hay. We got some of the best kids that wanted to work. We paid them well and we had plenty of food and they came back the next year. Corn picking was not that big of a deal. We just raised enough corn to feed the animals.”

The couple retired from farming in 1975. Don passed away in 1984 and Elizabeth still resides in the family home that was built in 1870.

“There are six rooms that are each around 18-feet by 17-feet. There are 21 windows in the house and 13 doors in the six rooms,” she said. “When the house was built, the kitchen was in the basement. In 1890, an upstairs kitchen added. Electricity was put into the house in the early 40s. This is a wood block house with two-by-fours laid on top of each other and nailed together, so you can’t do much changing to the floor plan. It is a well-built house and it stays warm in the winter and pretty cool in the summer. We have two bathrooms. One was put in in the 1940s and about 15 years ago we put one in upstairs. Those are the biggest changes we’ve made. At one time, all of the doors in this house were painted green. When my husband got back from the Army, he took off all the paint. They are all solid wood. We have replaced all the windows out of necessity.

“This house has no closets. There is no place to hide anything here. People did not have stuff back when this was built. What they had they used every day.”

The house is also filled with plenty of family memories and heirlooms.

“There were some carpenters in the family and they made a number of items that are still here. We have a cradle used for 20-some babies and we got a lot of hand-me-downs in early marriage. We refinished some of the furniture I went and pulled out of the barns and attics. I have a cherry table I got out of the wood shed. It had been used for a meat block. The top was all damaged, but it has been refinished and it made a beautiful table,” Elizabeth said. “I want my five great grandchildren to know that their ancestors were hard working, good citizens and to have an appreciation for the quality of life they can have on the farm. Our ancestors learned their values on this farm and they lived those values. We were rich, but we didn’t know it.”