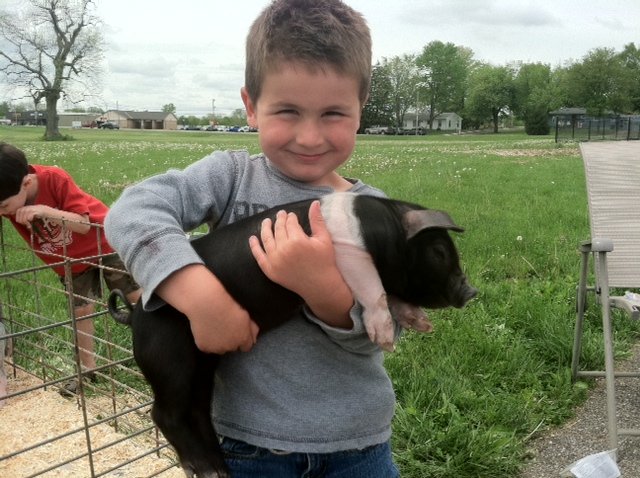 My son loved the pigs at preschool farm day.

My wife was out of town again. This time she was on a three-day lobbying trip with the American Sheep Industry in Washington, D.C. While she hob-knobbed and met with legislators, I was once again charged with keeping things running smoothly at home.

I employed my usual tactics that help things run more efficiently when Mom is gone, but anyone with young children and livestock to take care of knows that the task can be daunting for one person. All in all though, it went very well. Our house is still standing and we had quite a bit of fun, but it is always an adventure at home when Dad is running the show.

As I have previously noted, I find that it saves quite a bit of time to only clean once for the duration of my wife’s absence. She comes home to a clean house and I don’t waste time picking things up and cleaning over and over again. This generally works really well, but this time it almost backfired.

We were in a hurry to get out the door in the morning so I did not clean up breakfast at all. When we returned home after five, I took the kids in and went back to carry more stuff in. Upon entering the house, I heard the ominous clank of an empty plastic cup on the counter.

He had chug-a-lugged a half cup of milk that had been sitting out all day.  I wiped his face and got him some water. By the time dinner was over I was convinced that no trip to the ER was needed.

We then had a 4-H event to attend in the evening and I ran into another reoccurring obstacle for the father of a daughter — hair. When my wife is home, my daughter almost always has her long, beautiful hair braided or ponytailed up and it looks very nice. Though I really try, when I attempt to help with my five-year-olds flowing locks, she ends up with a cockeyed ponytail or a frumpy, frizzy mess atop her head. I have studied my wife’s hair grooming methods but I can never quite get the same results.

After the milk fiasco, we were again running late, though, so I went with the cockeyed ponytail look for my daughter and loaded them up once again after a quick dinner. In my haste, I did not notice the rapidly dropping temperature or the storm clouds rolling in.

We arrived at the meeting in a downpour and I ran my soggy children into the barn housing the event. They were wearing shorts and shivering (the rain didn’t help with the hair problem either). The rest of the children with the got-it-all-together parents were clad in raincoats and boots and their hair looked great. I was glad to get the kids home with no signs of pneumonia or projectile vomiting due to the milk incident.

The next day was Farm Day at my daughter’s preschool. My wife had promised that we would bring a sheep and chickens to add to the menagerie at the event that had originally been schedule for one week earlier (when my wife was going to be home).

After no small amount of logistical wrangling, we added our Horned Dorset spring ram and two hens to the pen at the end of the animal line-up.

The excited preschoolers quickly gathered around the animals. They went down the line asking about the animals’ names — the Donkey was Mercury, there was a snapping turtle in a cage named Snappy and a goat named Goaty. They got to our ram and asked me about his name. He didn’t have a name so I asked my daughter (who was sporting a lopsided pig-pony-tail-braid-bun) what she wanted to name him.

She pondered for a moment. The crowd of teachers, parents and preschoolers present was silent in anticipation.

We may be getting a letter from preschool. 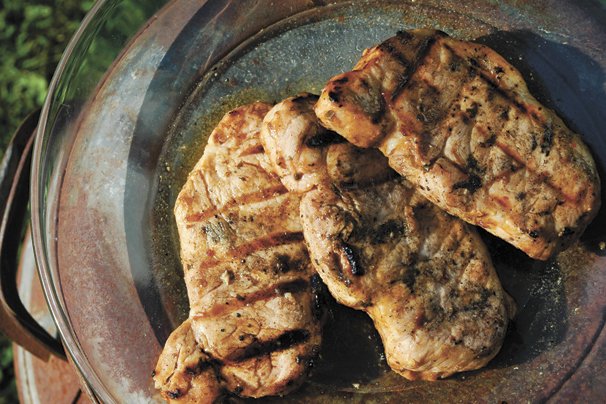 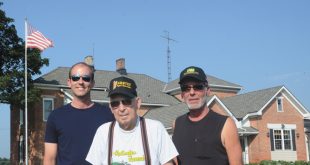