An extension may not be the best Farm Bill option

There are still many questions looming about the fate of the Farm Bill. The possible scenarios include making the new farm law part of a huge fiscal cliff negotiations package, a brand new 5-year Farm Bill or simply a 1-year Farm Bill extension.

The American Soybean Association‘s Beverly Paul says the latter option may sound like the easiest as extensions have been done many times in the past, but for this go around it isn’t the best way to go.

“This is a whole different situation,” Paul said. “There isn’t going to be just a straight extension of programs like we’ve enjoyed in the past where Congress says just do what your doing for another year. There is going to have to be a contribution made and that contribution money coming out of farm programs and nutrition programs. I don’t see a scenario where an extension comes without a price tag.”

Recently Senate Ag Chairwoman Debbie Stabenow talked about the possibility of giving up the whole $49 billion in the baseline for direct payments as part of an extension package.

“If we find ourselves giving up all of our direct payment funds just to get an extension, there is nothing left to write a longer term farm bill next year,” Paul said.

She suggests a five-year bill done this year is the best outcome for farmers across the U.S. 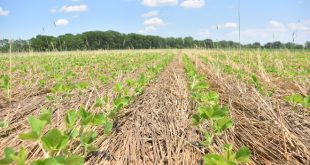 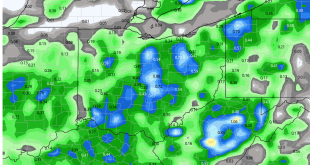