In response to the Doc Sanders article posted on our website earlier this week, “Thank God for the FDA: A sour tale of lemon flavored milk,” we got a question from a concerned consumer who had recently read an article that portrayed the FDA in a less favorable light.  She was concerned about the safety of eating foods with genetically modified ingredients approved by the FDA. I was curious, so I read the article.

The article was a classic effort to drum up mass panic about food and technology related issues with little regard to accuracy. It featured genetically modified mosquitoes, disturbing health consequences from consuming genetically modified foods and a deep suspicion of mainstream science with all the makings of a campy horror film. The author, Dr. Mercola, even sounds like a name straight from science fiction. 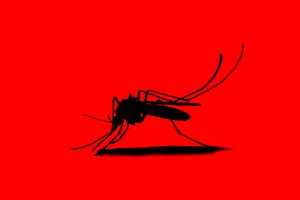 If you’re involved in agriculture, chances are someone has asked you about an article, book or movie presenting similar “facts.” How have you responded to these types of questions?

Here is my response to the question about Dr. Mercola’s article:

I have found that, with articles like this, you can take one of two approaches. Some people think the world is out to get them and full of big government/corporate conspiracies. With this in mind, the thought of GM mosquitoes taking over the ecosystem is quite plausible.

The other approach is to look at the actual facts and sources to determine the reality of what the article is saying and what the source has to gain. In the case of this particular article, the statements about the lack of safety of genetically modified crops (GM) are simply not true.

GM crops simply take one more scientific step than traditional plant breeding efforts that have gone on since the dawn of agriculture. Examples include Bt corns that resist the corn borer and rootworm that can devastate corn. Bt corn hybrids have eliminated the need for countless gallons of pesticide. Another example is a new variety of soybean that eliminates trans fats in cooking oil to make products healthier and more nutritious for consumers.

The U.S. Food and Drug Administration, along with food safety experts from land grant universities and researchers around the world, have researched the food safety of GM crops more than any in the history of mankind. To date, no credible scientific evidence has been found to refute the safety of these crops, which (along with their incredible benefits) is why they are so prevalent. Would the FDA, after doing all of this research, knowingly poison the consumers of the U.S.? Dr. Mercola thinks so, but Dr. Mercola also is seeking donations for his cause and is trying to sell books, and nothing generates dollars like a massive big-government scandal to poison Americans.

I have done research into similar claims like those of Dr. Mercola and have found that, while there is usually a nugget of truth in such statements, the facts are usually of secondary importance to the primary goal of raising funds. Articles such as this, and movies like Food, Inc., are designed to make people think, but, more importantly, to make money. They rely on people believing that, if somebody said it, it must be factual.

You can spend a month researching the accuracy and the sources of all of the claims in this article, but Dr. Mercola knows you won’t do that. In the end, it boils down to whether you think the FDA and big business are out to get you or if you think maybe the good Dr. is trying to pad his wallet. So, read the article and think what you will, but the big green “Donate” button at the end scares me quite a bit more than a few GM mosquitoes. The Reese family will keep eating GM crops for their benefits to human health, the environment and society.