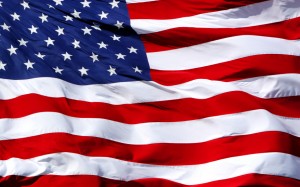 In 1835, a Frenchman named Alexis de Tocqueville visited the United States of America. A historian, philosopher, writer and an early social scientist, de Tocqueville wanted to discover what made America America. For nearly a year, he traveled across the country, interviewing and studying Americans of all races, classes, ethnicities, etc.

After all that work, he wrote a compilation of what he learned, titled “Democracy in America,” which has been described as the most comprehensive analysis of the character and society of America ever written. He painted a true picture of America that went far beneath the red, white and blue of patriotism, the “green” of commerce, the spectacular vistas of natural beauty that grace this land, and the popular images.

Alexis de Tocqueville created a true picture of what embodied the American spirit.

His introduction bears reading. “Upon arrival in the United States of America, the religious aspect of the country was the first thing that struck my attention. In France, I had almost seen the spirit of religion and the spirit of freedom marching in opposite directions. In America, I found they were intimately united.”

De Tocqueville was struck by the partnership Americans had formed between their Christian religion and their political government. It was a unique marriage unlike anything else he had ever seen in France, Europe or elsewhere. It was a separate but equal partnership that was openly fostered yet carefully cherished and treasured.

Here’s how he described it: “Americans combine the notions of Christianity and of personal and political liberty so intimately in their minds, that it is impossible to make them conceive the one without the other. (Americans) have brought with them into the New World a form of Christianity which I cannot better describe than by styling it a democratic and republican religion.”

In his book, de Tocqueville openly touted the greatness of America, but also flavored that greatness with a warning. He said America is great because Americans are basically inherently morally good people with a personal sense of right and wrong. If Americans ever cease to be morally good, America will cease to be great, he warned.

As I write this month’s column, I begin to wonder just how “inherently morally good” Americans still are. The headlines over the past two months have been dominated by scandals involving politicians named John Edwards, Arnold Swartzenagger and Anthony Weiner, but also The Ohio State University memorabilia and tattoo fiasco. A good man named Tressel has lost his football coaching job, and the football legacies of several players have been forever tarnished because of that ethical fiasco.

It makes one wonder what has happened to the “inherently morally good” Americans that de Tocqueville once so eloquently described. Likewise, it is certainly cause to wonder if America is beginning to lose its greatness because of our collective decline in moral and ethical standards. How have we slid so far in less than a couple hundred years?

At the time de Tocqueville wrote his two-part analysis of America in the early 19th century, the United States had more Christian churches than the rest of the world combined. That’s amazing, and we held that distinction for more than 50 years in that century.

We also had one of the largest and most extensive public school systems in the world, a system that relied primarily on two books: the McGuffey readers and the Christian Bible. Prayer was still an integral part of every public school, because as de Tocqueville pointed out, for Americans, religious freedom was seamlessly but openly married with political and personal freedom.

Much has changed since those days of the early 19th century, and my cynicism says we Americans have not changed for the better in terms of personal morals, ethics and character.

Backing up de Tocqueville’s claim, since 1789, every session of the U.S. Senate has opened with a public prayer. That prayer has continued a practice that began in the American Revolution that Benjamin Franklin described this way: “In the beginning of the Contest with Great Britian, when we were sensible of danger, we had daily prayer in this room for Divine protection.”

The Senate has had 62 chaplains since that time, and one of the greatest was Rev. Peter Marshall who once stated, “Our liberty is under God and can be found nowhere else. May our faith be not merely stamped upon our coins but expressed in our lives.”

Yet throughout the late 20th century and into the 21st century, it seems like not only Americans but our government have been at war with this founding principle of religion, ethics, morals, and the partnership between faith and personal freedom.

In March 1984, the U.S Senate voted down voluntary prayer in public schools. While a majority of the Senate voted for it, the school prayer amendment fell short of the number needed to pass. A month later, then President Ronald Reagan, speaking to the National Association of Secondary School Principles, said these almost-prophetic words: “God should never have been expelled from America’s schools. As we struggle to teach our children, we dare not forget that our civilization was built by men and women who practiced their faith in a loving God. If Congress can begin each day with a moment of prayer, then so can our sons and daughters.”

Later, the president would remark: “Sometimes, I can’t help but feel the First Amendment is being turned on its head.”

As we Americans move toward celebrating our 235th anniversary as a nation, don’t you think it would be appropriate to take some time to reflect on where we as a nation have come in that 235 years and how we have strayed so far from the people we were to the people we now are? I am certainly not naive enough to believe that if we had remained true to our roots of a healthy partnership between religious, personal and political freedom, that we would be spared the scandals and ethical fiascos of the past and present.

However, on the other hand, we do need to look at what our abandonment of faith, morals, ethics and character are doing to our younger generations.

The Bible warns us that the sins of one generation will be born by succeeding generations in ever-greater degrees.

Will we learn from history?

Until next month, God Bless.