Home / Blogs / Will Livestock Care Board cave to coercion?

Will Livestock Care Board cave to coercion?

According to Dictionary.com, the definition of “blackmail” is: “to force or coerce into a particular action, statement, etc.” The example given below the definition was, “The strikers claimed they were blackmailed into signing the new contract.”

The example could have just as easily been this gem from Wayne Pacelle, president and CEO of the Humane Society of the United States, following a close vote on veal standards by the Ohio Livestock Care Standards Board (OLCSB) on March 1 that didn’t go exactly how Pacelle wanted: “There is still time for the Livestock Board to restore its original and proper position. A phase-out of veal crates is a core element of the eight-point animal welfare agreement, and if the Livestock Board guts that provision by allowing calves to be immobilized for more than half of their lives, we will have little choice but to renew the effort for a ballot initiative that we had hoped had been averted through a balanced and forward-looking agreement.”

OK, so the exact term “blackmail” isn’t used in that statement, but the action is certainly implied. And, since when did the leader of the nation’s largest radical animal rights group gain the authority to deem, or one might say force or coerce, what is “proper” for a balanced, nonpartisan board of Ohioans to do.

The agreement Pacelle is talking about, of course, is the agreement reached June 30 last year between HSUS and Ohio’s agriculture groups that avoided a November 2010 HSUS ballot initiative. This agreement consisted of a list of “recommendations.” These “recommendations” were to be sent to the Ohio Livestock Care Standards Board for their consideration. I keep putting “recommendations” in quotation marks, because that is the exact language used in the agreement. And, the last time I checked, a recommendation did not equal a demand. In fact, in September of last year, Ohio’s agriculture director at the time, Robert Boggs, who as a result of this position served as chair of the OLCSB, said as much:

Part of that same agreement that Pacelle is so quick to bring up and defend was HSUS issuing a statement in support of the mission and purpose of the OLCSB and agreeing to engage and work with the Board. There was no part of that agreement that said HSUS will agree to support and work with the Board, as long as the Board does exactly what HSUS wants it to do, was there? If there was, I guess I missed it in the literature.

But let’s be honest here, even though it was not in the agreement’s verbiage, anyone even the least bit interested in this topic could see this day coming a mile away. Up until this point, the standards adopted by the OLCSB have not contrasted with what was in the HSUS agreement, so peace has been maintained. Veal was the one area from the beginning where it looked like things may step out of line with the agreement, and now that they have, at least for the moment, the HSUS reaction is what many people, including myself, fully expected — change your tune OLCSB or else.

It’s been the gorilla standing in the dark corner of the OLCSB meeting room since this whole process began. Now, the question is what happens next? Will the members of the Board stick to the decision they made after considering food safety, local availability and affordability of food, and best farm management practices for animal well being — the very foundation upon which the Board was established? Or, will they allow that big gorilla “to force or coerce” them “into a particular action, statement, etc.”?

Time will tell. Include me among those hoping the gorilla will remain in its cage. 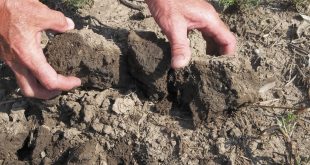